Getting Your Kids (and Yourself) to Eat Humble Veggies

Our family is really pretty good about loving veggies. We all eat salad, some of us complain about the radishes, but they are usually eaten anyway. We eat raw veggies with lunch almost every day, sometimes with hummus or bean dip, sometimes without. Really, we’re pretty good at eating the rainbow.

Except in December. And January. And February. 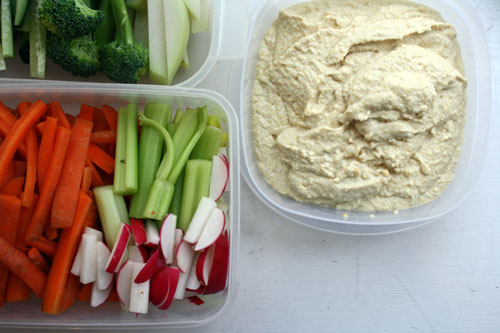 This is when the sweet and tasty veggies of summer become sorry-looking and very costly at the grocers–the tomatoes, the snap peas, the cucumbers, the bell peppers. This year, I am being very intentional about eating tons of veggies. And, in order to keep it nourishing and not to mention affordable, we are eating seasonally as much as possible. This means eating a host of hearty winter veggies that have not been part of our usual dinner-time rotation in the past–brassicas and cabbages and roots of all kinds. It’s not that I’ve never cooked with these things, it’s more that I’ve not sought them out. And, if I’m to be honest, I haven’t sought them out because I don’t really like them. Most of them are too bitter, or too tough, or too fibrous. And most of them require more digestive strength than I seem to have at the moment.

However, with great determination to learn to love these humble veggies, I’ve been finding new ways to prepare them so that my family (and myself) will consume them with happiness. I’ve discovered a few universal techniques that go a long way to making humble veggies more loveable. I like to think of them as “gateway preparations”, meaning that you can adjust to the flavor of something you don’t prefer, while masking it with the flavor of something you do prefer. And then, over time, you may just find yourself loving the veg all on its own merit. At least that’s my intention.

Gateway Preparation #1: Add bacon to it

I think the biggest testimony to the power of bacon is that fact that even when I was a vegetarian, I ate bacon. And so do thousands of other vegetarians. Is there anything that doesn’t improve with bacon? I’m not sure there is. Maybe watermelon. Maybe.

We’ve tried several different versions of brussels sprouts and bacon, and I’ve ended up with sort of a mish mash of flavors and processes that we liked. Roasting the sprouts beforehand caramelizes the edges and brings out sweetness. Chopping the sprouts after roasting makes them less recognizable to my kiddos, and a little bit easier to chew and digest for me. Sauteeing in butter and bacon fat before serving add richness and flavor. If I have mushrooms on hand, I like to throw some in towards the end of the cooking. 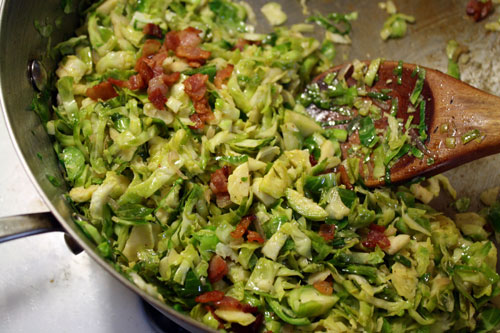 Gateway Preparation #2: Cover it in something sweet

If I’m trying to successfully introduce a new veg to the kiddos, I will sometimes add sweetness with honey. It’s a turnip, but they think it’s a treat. Win-win.

I’ve been making this dish of roasted root veggies for several years. It was my first introduction to glazing veggies with honey. I’ve used this recipe over the years with various veggies and it’s always delicious. I’ve even added fruit–pears, apples, cranberries–which leads me to the next option….

You can use fruit to similar effect. My family loves this roasted broccoli dish that’s tossed with a raisin vinaigrette. The vinaigrette pairs well with just about any roasted veg–cauliflower, turnips, etc. Reduce the vinegar if you want it more sweet and less tart. 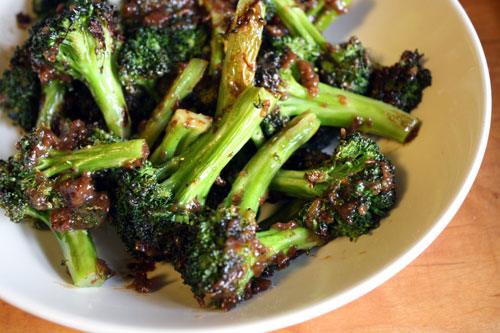 My family hates beets. It unfortunate, but true. And this dislike extends to even the grown-ups. None of us like beets. But I usually get sucked into planting beets in the garden because they’re so pretty, and easy, and so good for us. And then we don’t eat them.

This year, I was determined to eat that beet crop. The most successful beet preparation I’ve offered so far is this Sweet Potato and Beet Latkes. I’m actually not sure whether to call this a latke, a rosti, or a fritter, but I decided it most looked like a latke so that’s what I went with. Funny how if you fry a beet, and serve it topped with sour cream and cranberry sauce, then your kids won’t even balk when you tell them it’s a beet. The leftovers make a great breakfast topped with a fried egg. 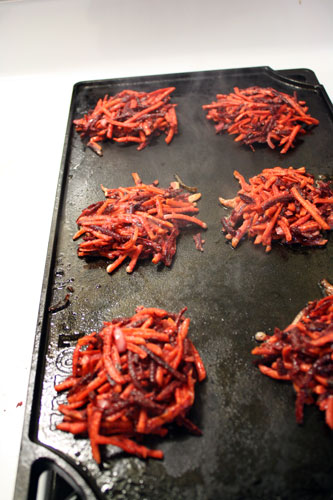 Maybe we’ll never learn to love some veggies based on their own merits. Maybe eating them fried, or slathered in honey, or greased with bacon will be as much love as we’ll ever have to offer them. However, I believe that a fried beet that I ate still has more nutritive value to my body than a raw one that remains uneaten. I know this process of learning to love the humble veg is going to take time. But our family is at least on the road. 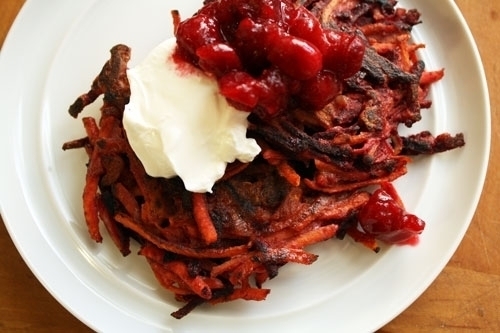 My family liked these served with sour cream and cranberry sauce. Leftovers make a good breakfast (top with a fried egg).

Since the size of beets and potatoes vary, add another egg if your mixture is not holding together.

Source: Erin at Plan to Eat